The ongoing holy month of Ramadan commenced on June 19 with the sighting of new moon. Around the world nearly 1.6 billion Muslims are observing this holy month of fasting. Tomorrow on the last Friday of Ramadan people will congregate at mosques for Jummu' atul widaa. Jummah (Friday) is considered the most auspicious day of the week by Muslims. The month long fasting will culminate into celebrations of Eid-ul-Fitr this weekend, July 18 or 19 (depending on the appearance of moon). Eid is celebrated with sharing sewaiyaan (sweets) and greetings of 'Eid Mubarak' (Happy or Blessed Eid). It is a gazetted holiday in India. 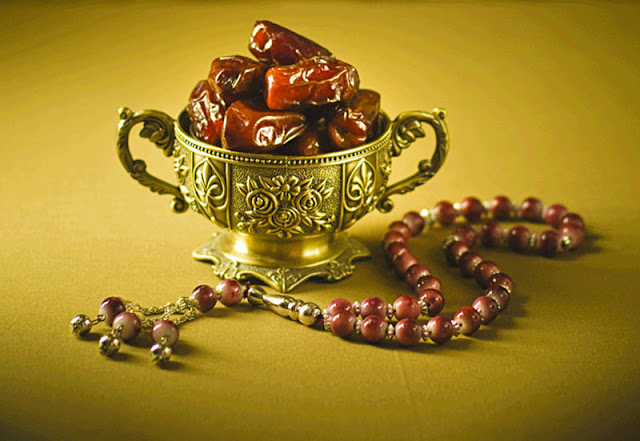 Ramadan is the ninth month of the Islamic calendar, and the month in which the Quran was revealed. In Islam, Ramadan is a holy month of fasting, introspection and prayer. Fasting is one of the five fundamental principles of Islam. Each day during Ramadan, followers of Islam, known as Muslims, do not eat or drink from sunrise to sunset.

During Ramadan Muslims endeavour to adhere to three types of worship. Sawm (fasting), Zakat (charity) and Salat (praying). These are three of the five pillars of the Islamic faith. The other two are Hajj (pilgrimage to Mecca) and Shahada (belief in one god).

As Muslims fast during the day during Ramadan, mosques host iftar dinners after sunset and the fourth required prayer of the day, maghrib. Iftar is often done as a community, with people gathering to break their fast together.

Snapchat had on 14 July, streamed a five-minute-long live story of events of Mecca on #Mecca_Live, which was a combination of a few short clips, according to Al-Jazeera. Reports also claimed that as soon as the video was posted online it received over one million mentions. Muslims the world over have applauded Snapchat for livestreaming prayers being held in Mecca, the most holy Islamic site, during Ramadan.

Meanwhile in Noida and Around

Iftaar parties are organized at home or at community level. The iftaar parties in political circles are quite common now and popular too. Mosaic hotels too have joined the bandwagon of iftaar parties and has come up with an Iftaar Thali. You can relish the delicious 'Iftaar Thali' offered at Mosaic Hotels, Noida till July 18 on the auspicious occasion of Ramadan. Take your family and loved ones to break your fast with exotic cuisine, desserts and special lassi. Around this month cultural walks around old Delhi are also organized for the uninitiated. Jashn-e-Ramzaan was one such  event - part cultural and part culinary adventure - with the renowned playwright, actor and media person Danish Iqbal to intimate with the Old city at her festive best.

Sehri - Sehri or Suhūr in Arabic is the meal consumed early in the morning by Muslims before fasting, roza, before sunrise during the Islamic month of Ramadan. The meal is eaten before fajr prayer.

Laylat al-Qadr -  Laylat al-Qadr which in Arabic means 'the night of power' or 'the night of decree', is considered the holiest night of the year. This is the night in which Muslims believe the first revelation of the Quran was sent down to Prophet Muhammad (peace be upon him)stating that this night was 'better than one thousand months of proper worship'.

Jumu'atul-Widaa - It means 'Friday of farewell' is the last Friday in the month of Ramadan before Eid-ul-Fitr.

Jumu'ah (Friday) is the day on which Muslim men are required to attend congregation in lieu of the mid-day prayer. Women may attend, but are not obligated.