“21 Gun Salute International Vintage Car Rally and Concours Show aims at establishing India as a World-Class Motoring Tourism Destination by spreading awareness and interest among the people of the country and the rest of the world through participation and involvement of vintage and classic car enthusiasts and collectors.”


Madan Mohan, Founder and Managing Trustee, 21 Gun Salute Heritage and Cultural Trust is the person behind this initiative. He is the owner of most of the vintage cars and bikes in India. In his words as reported in print media -


"This year's show was a live opportunity to look at our royal past, the evolution of motoring and to experience the automobile technology of early 19th century in the midst of the rich heritage of vintage machines that raced as a symbol of pride, luxury, beauty and rare technical excellence, of their era."


Right before the launch of the 6th edition of 21 Gun Salute International Vintage Car Rally had hit a legal hurdle. Cars older than 15 years are not allowed to ply on Delhi roads as per National Green Tribunal (NGT) November 26, 2014 Order, hence prohibiting vintage cars from participating in any rally. Madan Mohan, Founder-Trustee of the 21 Gun Salute Vintage Car Rally had filed a petition stating the the money raised from the show would be used for social causes. Later the Vintage Car Rally was given a green signal by a bench headed by NGT Chairperson Justice Swatanter Kumar.

The Vintage Car Rally not only displayed the opulent motoring legacy to the world but also espoused a social cause. This year, the rally promoted the message of 'Save the Girl Child', there was a special promotion of 'Beti bachao beti Padhao' on cars, to promote the message of saving and empowering the girl child.

Royal Indian Beauties from different parts of the country participated in the show like the 1939 Mercedes TYP 230 from Jaipur, Jaguar Mark V, 1949 from Ahemadabad, 1935 Bentley along with 1938 Cadillac Series 90 and 1935 Rolls Royce Phantom II Continental from Mumbai, 1929 Mercedes Nurberg from Bangalore, Mereceds Benz Cabriolet 1935 from Rajkot, 1923 Rolls Royce from Kolkata, 1966 Jaguar MK II from Chennai, Dodge 1940-7 Seater limo from Pune.

6th 21 Gun Salute International Vintage Car Rally and Concours Show was inaugurated by Manohar Lal Khattar, Chief Minister of Haryana and Ratan Tata, Chairman Emeritus - Tata Sons graced the occasion at the Red Fort on February 06, 2016. The first day of the rally showcased Indian and International motoring beauties of the yesteryear. A cultural show, official band, painting and photography contest were also held on the sidelines.

Benz Patent Motorwagen- the first car invented by Karl Friedrich Benz - pioneering founder of Mercedes-Benz, the Quadra cycle by Henry Ford and 1908 Silver Ghost Rolls Royce the oldest car were the showstoppers on display at the 21 Gun Salute Rally. 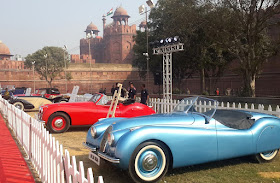 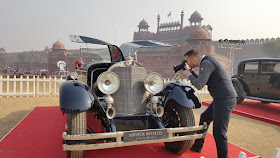 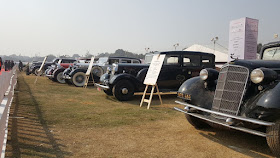 Dr Mahesh Sharma, Minister of State (Independent Charge) of Tourism and Culture and Minister of State of Civil Aviation flagged off the 21 Gun Salute Vintage Car Rally and Concours Show on the second day of the Auto Show from Red Fort on February 07, 2016. An enchanting cultural show with dances from different states depicting diverse culture of India was organized at BIC. The entry to the Rally was free. 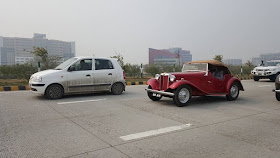 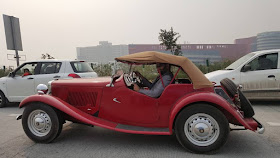 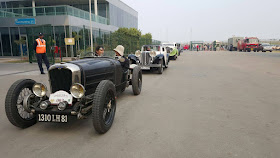 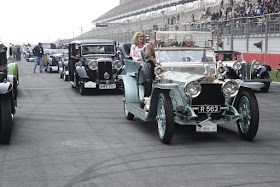 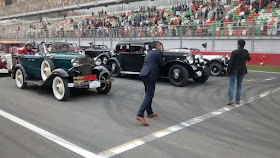 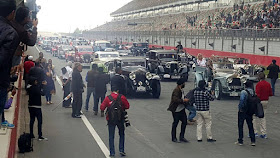 The 21 Gun Salute International Vintage Car Rally showcased royal past of splendor, a rich automotive heritage and brought together car enthusiasts, vintage car collectors, tourists, royal families and the common man together. It certainly has paved the way for India becoming a Motoring Tourism Destination. Red Fort, BIC, Vintage and Classic Cars and Royal guests created a perfect ambiance for the blending of India’s Motoring heritage with its great cultural heritage.

Join the conversation. Your Feedback is valuable to us.