Our interest had piqued in The Kraft Festival to be held at the DLF Mall of India and wanted to see it first hand. Braving the Saturday traffic in evening we drove to our destination hoping to catch live performance by Ssameer. We saved workshops for Sunday to be enjoyed at leisure. But, the road choked near Shahdara drain. Weekend rush, perhaps. There was a beeline for parking too. A glance around and we knew the festival attracted huge footfall today at the Mall. 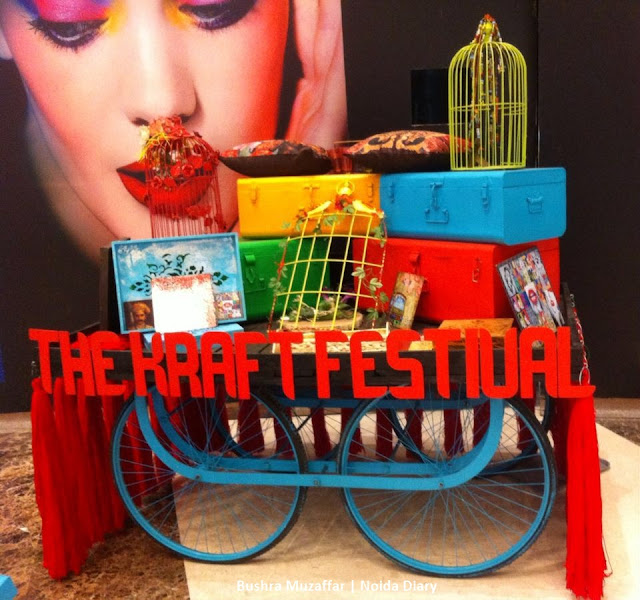 Strangely, there was no sign directing to the festival area. As we reached the center-place of the mall we saw a banner and few other decorations. The banner was a beautiful installation on a 'thela' (push-cart) - very quirky idea indeed! 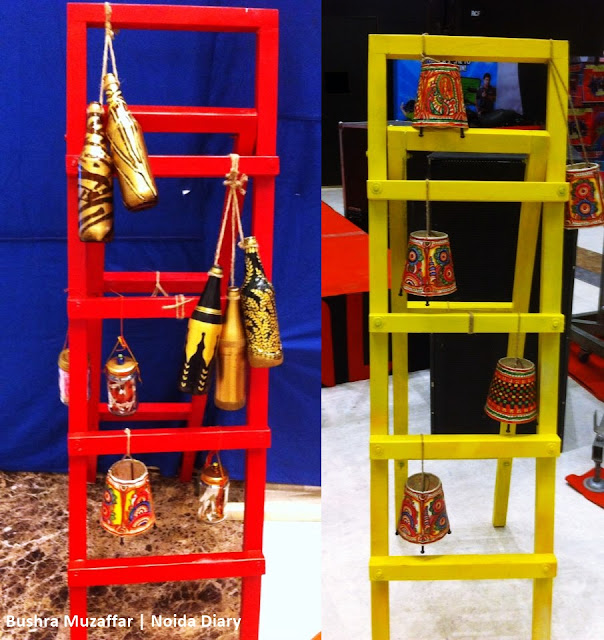 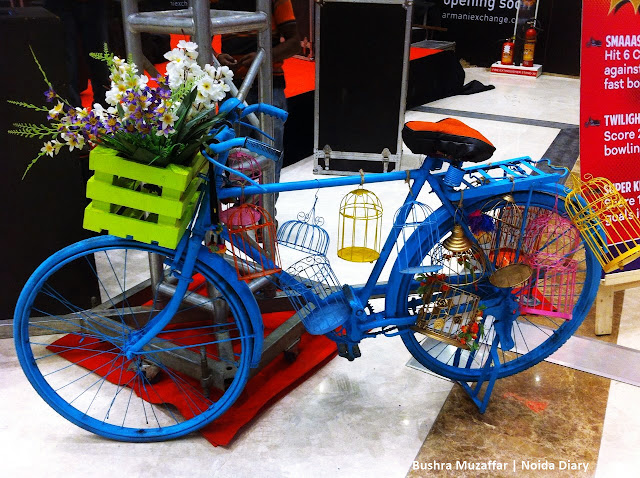 Few people were busy posing in front of the colorfully decorated bicycles. But to our dismay, we found the stage being dismantled and the scene suggested something was amiss. The concierge informed us about things not falling in place and hence the performance was called off. We were told, however, we can visit the vendor shops on the ground floor which were part of the festival. 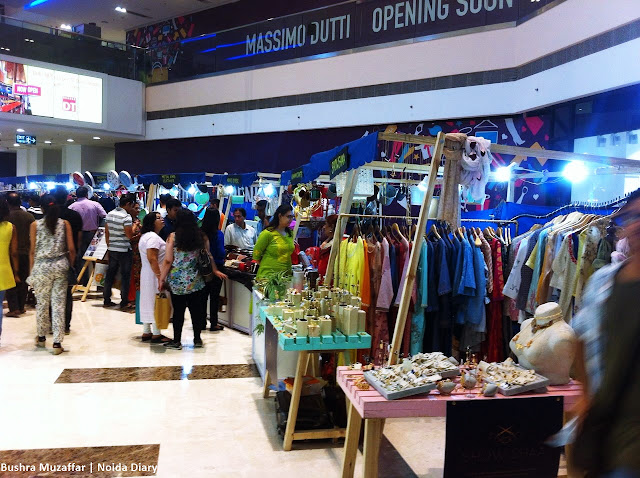 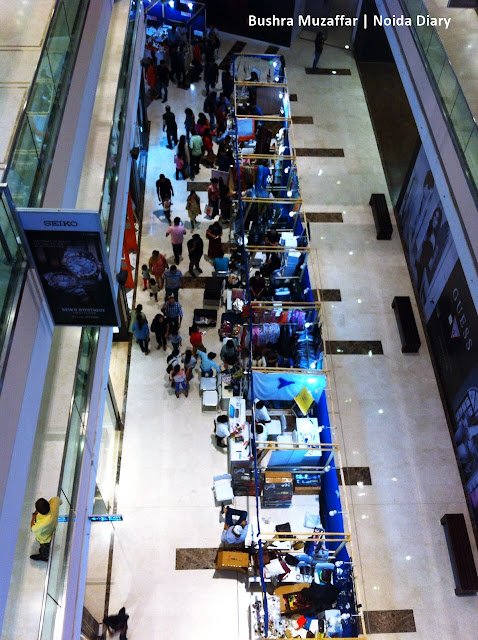 So we decided to take a stroll around the mall, the newest on the block, to check out some collectibles at these shops. The shops resembled in look and products the regular flea-markets organized at the Malls. There was an array of kiosks here offering paper products, handicrafts, trinkets, decorative pieces, purses, dresses and sundry other curio items - very colorful collectibles. 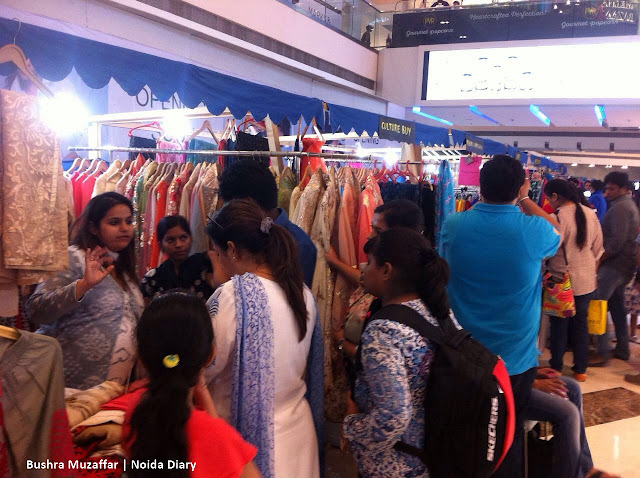 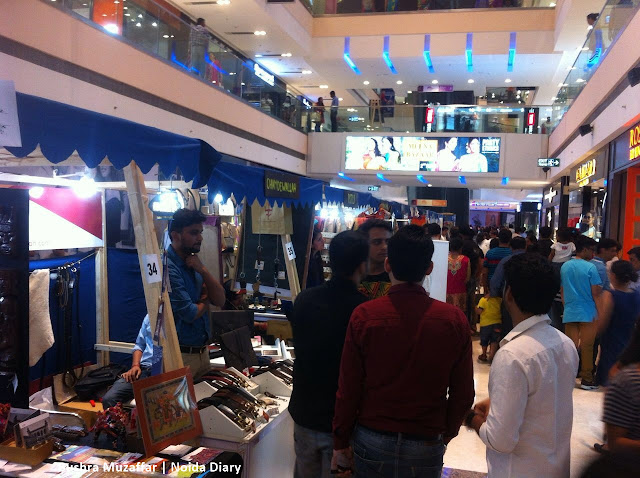 But people were wondering where the workshops were?
A wonderful assortment of workshops were promised on the two days f The Kraft Festival but these were conspicuous with their absence. People wondered on social media too. No live band. Now no workshops. This was like a an odd start to the festival at the mall. 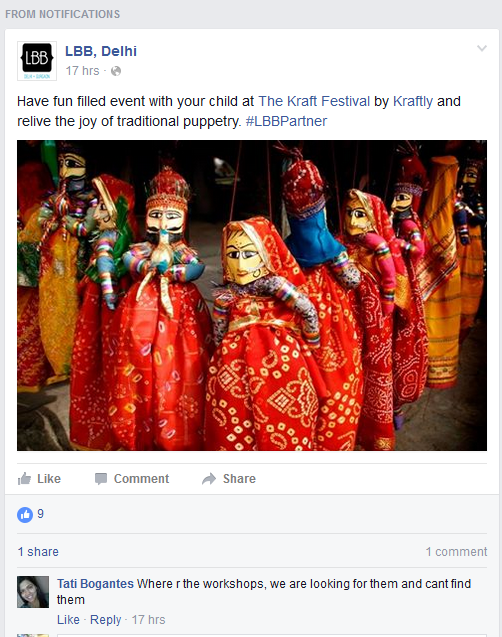 A day prior to the event organizers had cancelled the Pet Cafe. This first ever to be conducted show focused on your pooches. At Pet Cafe you could get your pets and shimmy on the ramp. The cancellation was a heartbreak already for the pet-keepers.