The Noida Expressway is a six-lane highway connecting Noida to Greater Noida. This 25 Km long high-speed link is used by nearly fifty thousand commuters daily. Offices of many MNCs, BPOs, and ITES firms are located along this high-speed link. Owing to good connectivity of the area and infrastructure many residential sectors have also come up along the Expressway. Noida Authority in the master plan has allotted land  for 40 educational institutions and retail development along this route. The Expressway is toll-free for all times.

However, Noida-Greater Noida Expressway has been an unfortunate site of accidents since its inception in 2002. Around 55 people have lost their lives while hundreds have been injured this year already. A safety audit by Central Road Research Institute carried out in July 2013 reported the expressway is a death-trap for pedestrians and two-wheeler riders. Speeding cars and light commercial vehicles are the primary cause of road accidents. In a bizarre accident a 40-year-old elephant, Chanchal, died and another was seriously injured after being hit by a speeding truck at the Noida expressway.


The Noida Authority has taken steps to ensure the ride on the Noida Expressway is safe and hassle-free.  A special team of 12 cops to check over-speeding and offer a quick aid to accident victims will be stationed and eight dedicated vehicles will be deployed on the high-speed link from the New Year 2014.


Moreover, Noida Authority is all set to implement a hi-tech Intelligent Traffic System (ITS) on the Noida-Greater Noida Expressway from December. EFKON India Limited, which is part of the Austrian parent company Starpack, has been roped in to roll out this Rs 26.8 crore project that is expected to bring down the accident rate on the road by about 25%.

A total of 96 cameras will be installed on both sides of 25 km stretch, out of which 48 will be Pan-Tilt-Zoom (PTZ) while 48 will be fixed cameras on 1 km distance on the entire expressway. Cameras would be placed at a height of 14 meters to detect movement up to a distance of 280 meters. Apart from this, 24 Video Incidence Recording System (VIRS) and 24 Automatic Number Plate Recognition (ANPR) cameras will also be installed on every 2 km distance, which will help in recording incidents and recognizing number plates of vehicles instantly. Large LED display boards will caution motorists about road and weather conditions. . ITS will guide road users to adapt speed to ensure smoother flow of traffic and help coordinate policing and emergency services.


Intelligent Traffic System will be in place within six months of implementation. Noida Authority had invited global consultants to launch the project after getting a nod from IIT-Delhi. It will improve surveillance, reverse driving, overloading. It will cut short travel time, operational costs and incident reaction time besides improving traffic regulation. The system will also help measure traffic data in real time, detect incidents and congestion automatically and inform road users about travel time, road closures, diversions, rerouting and all major events.
Important features would include a control room, emergency call box, message signboards, CCTV cameras, speed cameras, automatic number plate readers, VID camera and meteorological data system. The expressway will be under surveillance 24/7 which will also help curb crime on the e-way. The whole system will be monitored from a Police Control Room located at Sector 14A and will be later shifted to the building of Noida Authority at Sector 96. 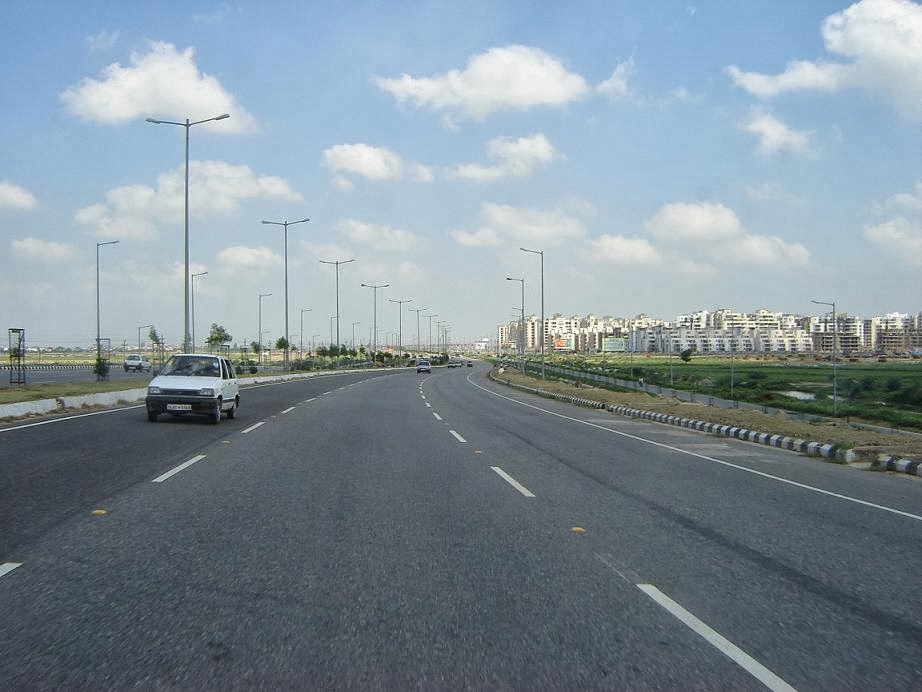 Accident rate on the expressway will decline if the traffic police can strictly enforce rules along with the implementation of the ITS. Around 50% accidents occur due to lack of traffic sense among commuters, which needs to change. For the ITS to be effective, the Authority also plans to set up a Rs 36 crore Traffic Park to teach commuters traffic sense. The construction of the park will start in January next year with an aim to impart motor vehicle driving skills. It will also be a platform for officials to hold meetings and organize workshops on safe driving.

The traffic park will be built on 8 acres near Noida-Greater Noida Expressway in Sector 108. The proposed park will be a assortment of signals, traffic lights and crossings, where the traffic police will teach the public how to drive, along with giving lessons on traffic rules and regulations. The park will also feature a motor driving training institute, training center for traffic police and an extension counter of the RTO. The park will also have a parking lot with a capacity of 200 vehicles, an auditorium and an amusement park for children who will be taught about traffic rules and driving in a fun manner.

A state-of-the-art interstate bus terminal is also approved by Noida Authority to be built on the lines of IGI airport. The facility will be built on part of a 2.20 lakh square meters plot in Sector 144 along Noida-Greater Noida Expressway and will be completed in two years. The Authority will develop this facility on 6,000 sq m, while the remaining land would be used for commercial activities. The ISBT is expected to not only solve woes of commuters, but also boost economic activities in the region

Disclaimer: The image sources are duly credited and are not taken by Noida Diary or the author Bushra Muzaffar. In case of any infringement of copyright issues please inform us and we will be happy to take these images down.

Subscribe to Noida Diary by Email for the latest in Noida here.


Permission is explicitly denied for any republication of text or images in this post without the prior express written consent of the author, Bushra Muzaffar.